How to Replace or Repair a Damaged Toronto Shingle

How to Replace or Repair a Damaged Toronto Shingle

This is a good skill to have if your Toronto roof is in otherwise good shape but you’ve got a shingle or two that has been damaged by say a tree limb or something like that falling on it.

The great thing about asphalt shingles is that it’s easy to just pop one or two shingles out of your roof and replace them while leaving the rest of the roof intact.

If you follow these simple steps you’ll have a great repair that will last you until you need to replace the rest of your roof.

So to replace Toronto roofing shingles in the field of your roof you’re going to need a flat bar which is a great tool to have on hand for this type of repair because the first step is going to be to break the shingle free from the glue that’s holding it down to the other shingles around it. 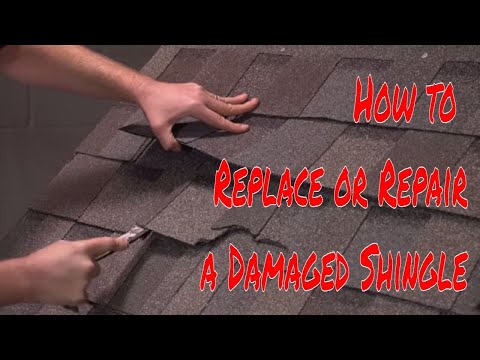 If you’re working with an older roof breaking the shingle free will be relatively easy as you’ll find that the glue bonds between the shingles are not nearly as strong as they are going to be on a newer roof.

On a really old roof you might find that you can just carefully pull the tabs apart with your hands. On a newer roof you’ll need to be careful and use your bar to carefully work between the shingles to separate them. You don’t need to worry about damaging the shingles you are replacing so much but be careful not to tear into the good shingles that you are leaving.

If you do damage another shingle be sure to go ahead and remove it and replace it as well. Keep in mind that the shingle is glued both to the top shingle and to the one below it so make sure to separate it all the way around. You can just slide the flat bar in and slowly pry the shingle loose. Once you’ve broken the glue bond you need to remove all the nails that are holding the shingle down.

After you’ve gotten it loose and raised up I like to come back in on top of the shingle press it down to the deck and reveal the nail and then use the end of the flat bar to pop the nail out. Go along and to move all of the nails in the top of that shingle give the shingle a tug. If it doesn’t slide out you’ll need to go up to the next shingle and remove those nails too.

This is good because it means your shingles are nailed in properly. If the person who installed your Toronto roof nailed the shingles down incorrectly and the nails are too high they won’t be holding the bottom shingle down so next you’ll need to remove the nails in the next shingle up.

These nails are going to be going through the top of the shingle you’re trying to remove. Again give it a tug and the shingles should slide out. After you removed all the nails if it doesn’t, don’t force it as you might up end up damaging one of the shingles that you want to leave in there. Once you’ve removed the bad shingle you can simply slide a new shingle back in place and nail it in.

Remember each shingle should have at least four nails located right above the area where the next shingle laps occur. On an architectural shingle there’s usually a line right where the two laminated portions meet. Make sure you’re nailing through these sections and into the top of the shingle below it also. Make sure that you place your nails at least six inches away from the butt joint of the shingles above it.

You don’t want to nail right where water is coming in between the two shingles. Next, don’t forget to nail the top shingle back into place as well remember you took nails out of both the damaged shingle as well as the good Shingle on top that you’re leaving. When we’re nailing the top shingle back into place I like to nail into a new place into the shingle and not through the old hole which is compromised. Just a little to one side of the other of the old hole.

When you’re done replacing the shingles you want to apply some sealant to help the shingles glue back down. In this architectural shingle you’ll notice that the glue strip is located on the bottom of it and a very lower edge. That means that this old shingle will need to be glued down to the new shingle to activate the glue. In this case this is the shingle that we replaced. The glue strip is at the bottom of this shingle so that’s fine. When it heats up this is going to glue back down fine to this shingle.

What we got to watch out for is the fact that this shingle this is the old shingle that we left in there. The glue strip that’s at the bottom edge of it has really been damaged and ruined because we had already glued down and we broke the glue to get this shingle out.

This is the shingle we have to be real careful about gluing back down. Just bring my ceiling in and lay a nice fat bead of sealant all the way down underneath this shingle and press it into place and that’s going to ensure that this shingle is glued back down to the top of the shingle that we replaced.

I also like to come in here and fill in at the holes the nail holes that we left open because we put the nails back into a new place. Feel free to put some sealant wherever you like under the shingle if it looks like they’re going to need some help holding down.

Here’s a tip from a pro on matching your new shingles that you replacing with the existing shingles:

The fact of the matter is if the roof you’re working on is more than a few years old your new shingles aren’t going to match perfectly. That’s just the way it is, even if you save some of the original shingles from the installation they’re not going to match because the Sun will have bleached out the shingles on the roof to a certain degree.
If the replacement is happening on a very conspicuous area you don’t have too many shingles to replace, one idea is to take some shingles off the back of the roof where you won’t notice a replacement.
Use those shingles on the front where you need to replace the shingles and place the new shingles that don’t match as well on the back of the house where they’re not going to be as visible.
If you can’t do that here’s my advice get new shingles that match the color of the shingles as they look now and not necessarily their original color. 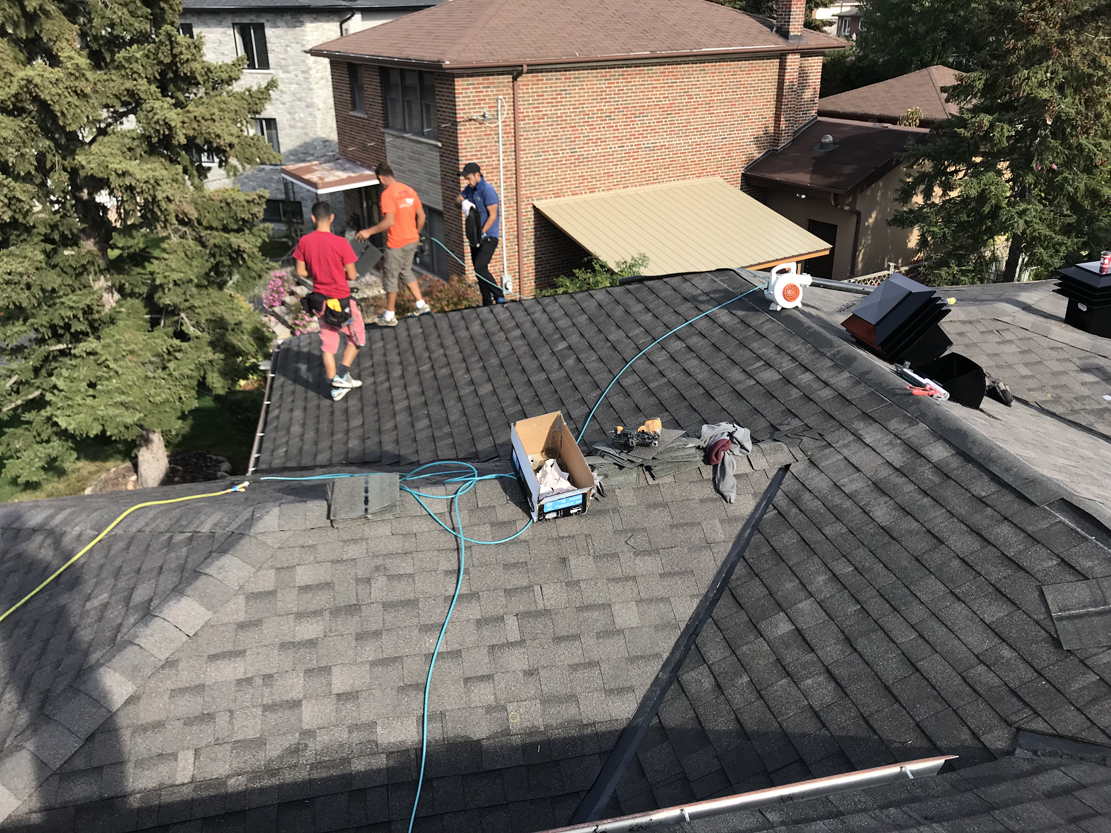 So for example if your roof was originally a charcoal black type shingle but now it’s ten years later and those shingles are actually looking a lot more like gray than dark and black if you have a new charcoal shingle as a replacement it’s really going to stand out because it’s going to have a really dark black shingle against the lighter gray shingles.